The Falcon 1 was an expendable launch system that was used between 2006 through 2009. The first flight of the rocket took place on March 24, 2006. The Falcon 1 was developed by a private space company called, Space X. The Falcon 1 was launched a total of 5 times, where the first 3 launches failed, and the last 2 succeeded. The Falcon 1 uses two stages to operate. The first stage of the rocket uses a 1 Merlin 1A engine. The 1 Merlin 1A was used during the first two launches of the Falcon 1. The 1 Merlin 1A engine uses roughly, 325kN of thrust at sea level (73,000 pounds of force). On the other hand, the last three launches of the rocket used a 1 Merlin 1C engine for the first stage. The 1 Merlin 1C engine can produce roughly 347kN of thrust at sea level (78,000 pounds of force). The second stage or upper stage of the Falcon 1 uses a Space X designed Kestrel engine. The Kestrel engine creates 31kN of thrust (6,900 pounds of force). Furthermore, the rocket can carry a payload of either 420kg (920lbs) or 150kg (330lbs) depending on the intended orbit. Both engines on the rocket are powered by RP-1 LOX fuel (liquid oxygen). Moreover, The Falcon 1 stands 21.3 meters tall (70 feet) and has a diameter of 1.7 meters (5.5 feet).  The cost to develop the Falcon 1 is an estimated 90 million dollars. With all this in mind, The only other companies to privately create a space company and launch rockets prior to Space X, was the Space Service Inc and Pegasus that launched the Conestoga I in 1982 and the Pegasus in 1990, respectively. Additionally, the rocket was only launched on the Omelek Island that is a part of the Kwajalein Atoll in the Marshall Islands. Ultimately, the last launch of the Falcon 1 was in July of 2009. 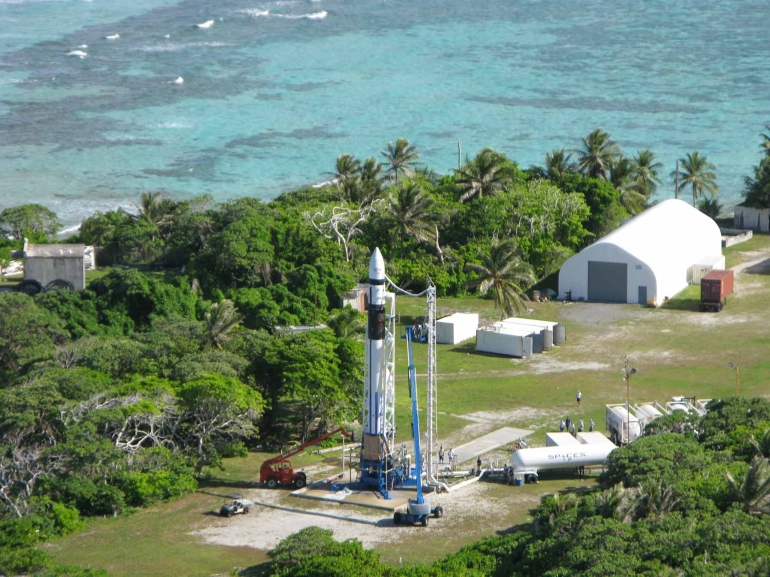